It’s been a while since the last time I installed an android application from the Google play store. If I am not mistaken, it was December 2013 when I was so curious about the instant hit called Flappy Bird so I installed it just not to be outdated of the latest technology trend. I realized I’m no more hooked into gaming apps since I have only 2 on my phone now, again the Flappy Bird and my all time favorite Pou android game. I may be checking the Google market for some apps, but not gaming stuffs anymore. It was fun to have Pinterest, Facebook, Instagram, Twitter and Skype. These are more useful for me especially in whats keeping me busy these days. 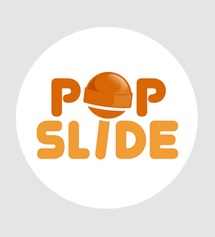 Last week upon checking on my Facebook account, I’ve been seeing numerous of this PopSlide: Get Free Mobile Load invitations. I was so curious about it. I know when i had my first android phone, I’ve also searched for rewards from android applications. I’ve been browsing about money making applications, money from android phone or any similar apps that promises to offer rewards. I’ve seen lots of them, some proven to be fake while some are proven to be legit but not quite friendly for android users from Asia, especially in my country Philippines. So sad I may say.

Have you had these questions before? Be happy you found this post.

Isn’t it just nice to have an android phone or tablet and earn some rewards once in a while, especially when you’re connected to the internet? Just a little earning as long as you know it’s free and would only require a little time. That’s when I searched about the new android app I discovered -POPSLIDE!

Popslide Get Free Mobile Load application is very promising though not all Philippine android users know about it already. We have all the chance to invite our family and friends about it! Here are some important details about it and I wrote them on a bullet list. 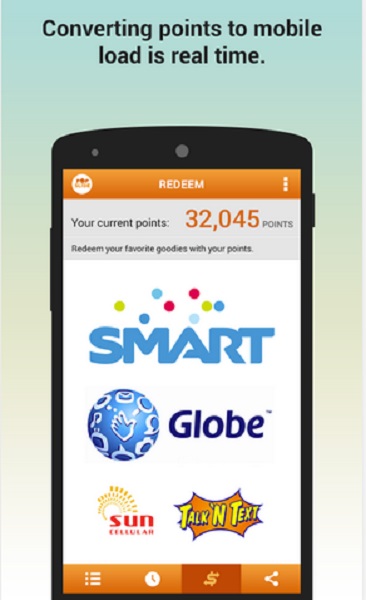 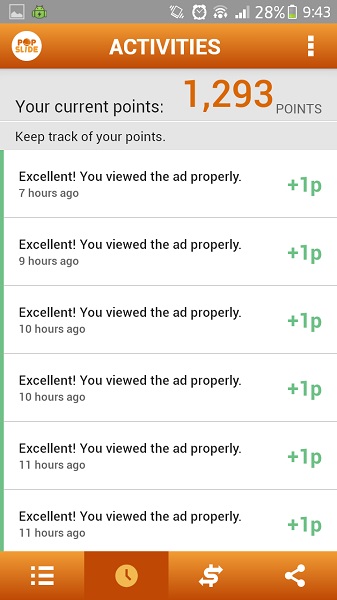 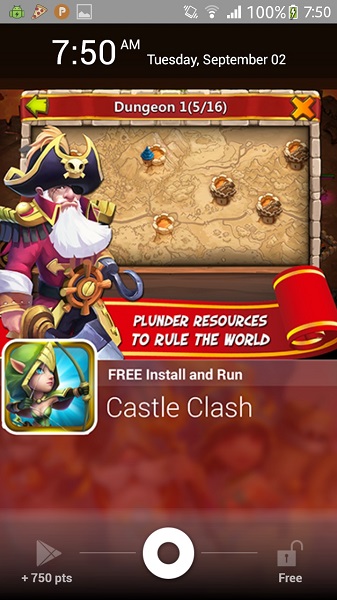 So sad.. really SAD! From 1000 points referral bonus, it was lessened to 300 points, while sign up points from 500 was lessened to 100. 🙁 But good thing, weekly updates offer more and more missions so let’s hope for the best.

How to use Popslide . Step by Step. Very easy.

1. Make sure your phone is an android phone or tablet.

2. Make sure you are from the Philippines and using any of these mobile network sim cards (Smart, Talk n Text TnT, Globe, Touch Mobile TM, Sun Cellular or SmartBro)

3. Go to the Google play store or market and search for Popslide.

4. It is good if you already have a gmail account so you could install free apps immediately. If not yet, better make a Google mail account first.

5. When you find the Popslide Free Load app, install it. 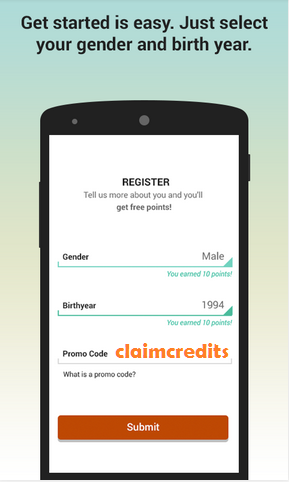 When you click SUBMIT, it will then let you assign/create YOUR OWN PROMO CODE or registration code. I suggest use a code that will be remembered easily. Do not use names with lots of numbers like Meowchie194875 because surely people will choose shorter codes to use.

7. After this, you finally earned your first 500 points from PopSlide. Congratulations!

8. Missions on PopSlide updates weekly. So expect that on a daily basis, you will see ads that are only worth 1 point and expect that when it updates, the apps and games will be shown on your mission tab are worth 500, 700, 1300 and up to 4,777 points. 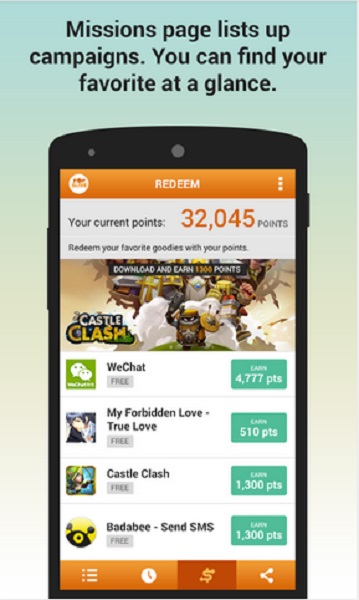 How to invite friends to use PopSlide?

When you register to this app, you will earn 500 points and can earn even more by inviting your friends who also have android units, with Philippine network sim cards. Upon successful redeem, you will see this pop up message so you could share the good news immediately to you friends.

REDEEMING POINTS requires you to be online or connected to WIFI.

So before converting your Popslide points into mobile load, make sure you have internet connection first. 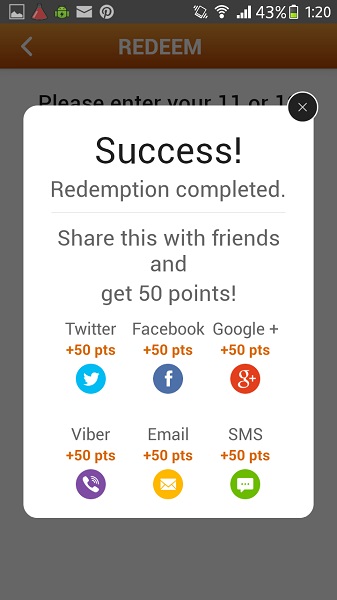 How to redeem free load or goodies from PopSlide?

1. You should have enough earnings or points to convert points into load. It actually works like this. 1,000 points is worth 10.00 pesos. Now do the Math! Here are some screenshots of the current rewards from Popslide. 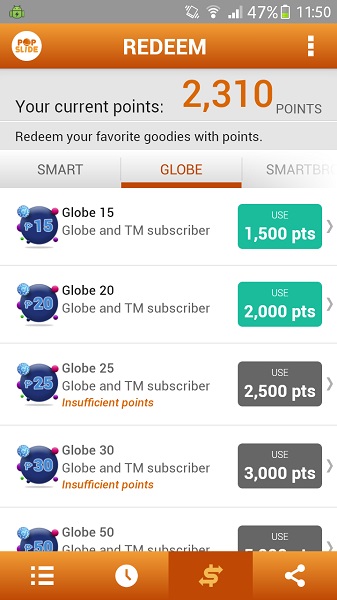 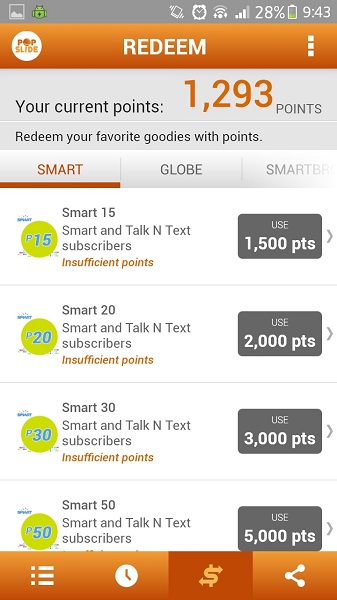 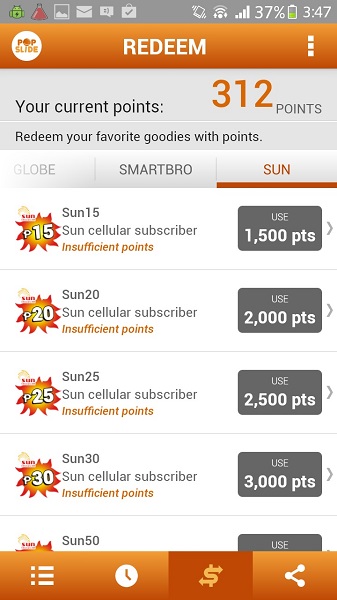 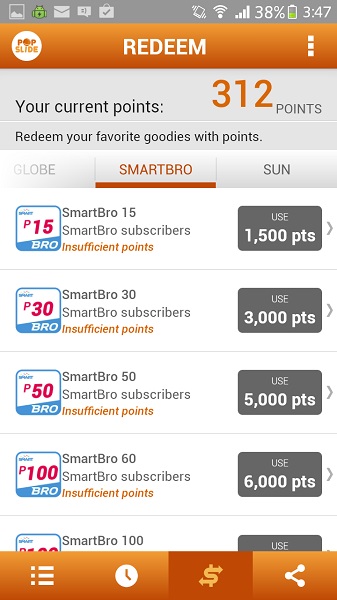 2. Check and double check your mobile number before redeeming! Again, if you are sending to a different mobile number, that’s possible too. 😉 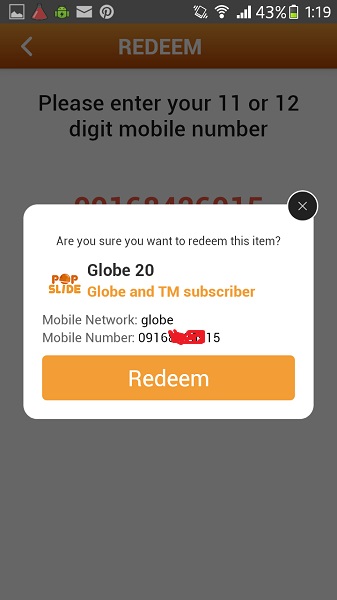 3. You will be notified if the redeem is successful. Share to your friends now!

4. Immediately, you will be notified that you received your free cellphone load. If you would look carefully, I received the load TODAY. YES! It’s because I will never write about this PopSlide if I didn’t get free load from it myself. I wish you’d try it too. 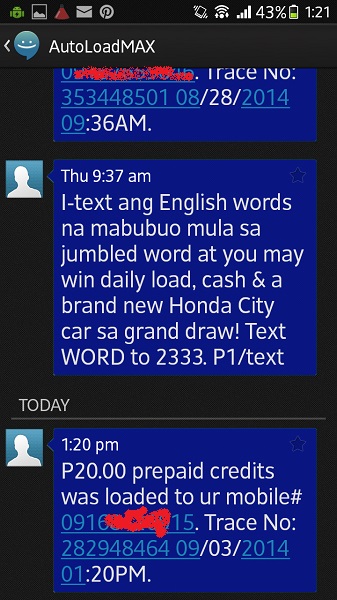 PopSlide Get Free Mobile Load in the Philippines : Honest Review

As long as it’s FREE, easy to use and legit in giving load, no doubt it’s going to be every Pinoy’s favorite app. Looking at their user rating, it’s an average of 4.4 but 3,093 are surely happy about PopSlide. Some of those low ratings are either because of some glitches in the system. Some said they don’t see their points increasing while some are just so unhappy about the 1 weekly mission that’s worth big. Still, it’s a GREAT APP for me!

Are there any possible ways to gain more points in this app? Well, I may say there’s no cheat or hack in this awesome app yet and I wish there’ll never be because I hope it would last long. For me, here are few things I did. Some do’s and do not’s.

As easy as that, no hidden facts and pretensions! I honestly told you that if you guys would register using my promo code CLAIMCREDITS , I would earn 300 points from it. I am just hoping you would use it for friendship’s sake because I shared about it to all of you. I would be glad if you do so. I will be updating you guys if ever this application gets a competitor so that would mean more free load opportunity for us right? Do you have any other reward Google app to share? Something that would reward us for some little actions? Please do leave me a comment below. Any questions or suggestions you have in mind? Write me please! I would love to read them. Thanks!!!