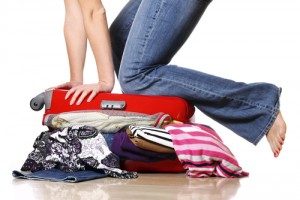 Hallowmas is one of the most awaited seasons in the Philippines. Since November 1 (All Saints Day) and November 2 (All Souls Day) are National Holidays here in our country, those who are working away from their hometowns would find way to be home by October 31 (Halloween) or dawn of November 1. Some would even file their leave of absences and take the opportunity knowing that the rest of the family members and relatives are also trying to be home for this season, so let’s consider it as a vacation too. During Hallowmas, people would visit the cemetery to commemorate their loved ones who passed away. For the Catholics, they would even have a mass in the grave area then followed by meal together. The memorial parks and other public cemeteries all over the country are filled with people so some would actually visit a week before the Hallowmas to avoid mass visitors among cemeteries. Some would even visit a week after, again to avoid too much crowd in the memorial parks.

Activities, Beliefs, Superstitions and some Highlights of Halloween in the Philippines

To tell you the truth, many of us here in the Philippines can’t visit the grave on a monthly basis. Usually we could only visit during Hallowmas season and during birthdays of the loved one who had passed away. So expect that some of the tomb’s paint has already faded or the grasses have grown all over. For some private and paid memorial parks, there are some maintenance for the cleanliness and keep the grass short. While for the public cemeteries, the relatives of the deceased are responsible in cleaning the grave sites.

The people wouldn’t visit the cemetery without bringing any of these 2 but most would bring both. Since candle produces light and light illuminates darkness, this is how we honor our deceased relatives. Another is that flame symbolizes the soul and remembering the life which has spent, and the seeing the candle brings a call to remembrance. Even in the history, Jews would even light up lamps for the whole year after a relative dies. Another representation of the candle is from what is written in the Bible (John 8:12) that Jesus is the light of the world, so Christians as believers of Jesus do believe that their deceased love ones are finally in heaven with Christ.

The flowers are said to be wonderful gift given to a living person but why do people bring it at cemetery? There has been lots of conclusion about this. One is that the fragrance of the flowers would conceal the smell of the decaying body. Another is that because some religions believed that a deceased is under provision and not in heaven yet, his or her tomb is considered to be his own garden. So people would bring flowers to decorate the grave sites as the spirits are still wandering in their own tomb. Another conclusion is that flower is a representation of life. It has time to bloom and had time to fade away (death)

Whatever the reason maybe in bringing flowers and candles, it’s part of the Philippine custom when visiting the cemeteries and memorial parks. Some candles being brought on cemeteries are even scented ones and of different colors. Some are even placed on lovely and stylish lamps. Some flowers brought are fresh ones, some would bring plastics to last longer while some would bring paper flower crafts personally done.

Again, since this season is also considered as a family gathering,the elders would exert effort in preparing food for the family. They could either bring the food in going to the cemetery or during their meal together at home. The native delicacies are best options to be prepared like puto, suman and biko along with other recipes. Sharing of food among the neighbors is very common here in our country.

Just like what I have mentioned in my other post, this activity isn’t popular in provinces and less improved cities like mine. But in the big cities, yes people are have already adapt some foreign happenings like Halloween Party. They would also try to be on Halloween costumes because the best costumed person gets a special prize. For some family, they choose to build tents on their relatives’ grave sites. They’d set up chairs, tables, music equipment and would have their own Halloween party at the memorial park with the family. Usually, Halloween parties are not limited to October 31 evening.

A week before the Hallowmas, vendors would raise their own tents and get ready with the event. The flower vendors, candle vendors and especially those who sell food and drinks are very happy for this season.

To avoid unwanted incidences, we are just happy enough to know that police are widely designated during this season. People and vehicles everywhere, so expect that some burglars would take advantage, as well as the pick-pockets. Even so, the best way to prevent is to implement self-safety ourselves. With the huge crowd, we can’t expect that the police could focus on us alone. They are also very busy to check people coming in the memorial parks, whether some might be bringing harmful cutting tools whether intentionally brought to harm people or not. Liquors are also not allowed. They would usually set up tents for assistance and in case kids get lost.

Expecting that the number of travelers will be doubled or even tripled for this season, the designated law enforcers, K9’s, the weather forecasters and especially the media are intensively monitoring details about the weather, the vehicles and equipment and especially the security conditions of these public places. So unwanted incidences may be avoided like overloading, delays and to watch on people who would take advantage of the busy situation.

Trick-or-treating is somehow practice in big subdivisions where kids are safe to roam in the neighborhood. They could also afford to be wearing costumes as part of the activity. But here in the Philippines, there is actually a tradition called Pangangaluluwà, or a costum of souling. Not in my city again, but in traditional provinces here they still do the “Pangangaluluwa” by forming a group that will visit door to door in the neighborhood then offer a song in exchange for money or food. Later on, the custom had Filipino children to sing songs about the souls in Purgatory and asking for alms for the deceased to pay for Masses for the dead. Aside from the alms, some house owners would even offer some goodies like rice cake.

There has been some random stories that during the Halloween, some stuffs in the house are mysteriously missing and are found in the backyard the next day. It is said that the spirit of the deceased would visit their love ones and manifest their visit by taking some items.

Butterfly, Dreams, Smell of the Candles or Flowers

Usually when a person sees a brown butterfly inside the house, he/she would believed it is one of the deceased love one, usually the closest or the person who just died recently.

Another is when someone dreams of a deceased person, it reminds him/her that that person wanted someone to visit the grave.

Whenever someone smells the scent of a candle or flowers all of a sudden, especially when these items are nowhere around – it is also said that the soul of a loved one is wandering and wanted to be remembered.

When the 3 incidences mentioned above happen during Halloween or when the birthday of the deceased person is near, the family decides to visit the cemetery.

Highlights during Halloween in the Philippines

St. Peter Pink Coffin, there was a Purple Coffin too but the pink was catchy!

St. Peter is a life plan or a prepaid DeathCare company. They offer affordable funeral services at different rates and preferences of the member. It’s not you’re excited to prepare for your coffin and etc, but this company helps you to realize that death is inevitable and especially these days, not cheap at all. So as a part of their promotion, I couldn’t remember exactly but I think it was 2 years ago when they started on putting up their St Peter Pink Coffins in large public cemeteries.

At least you wouldn’t be scared since it’s pink and you don’t need to lie down instead just stand for picture taking purposes.

Not me, since I’m not living in Luzon. But for the people living there, especially when their loved ones are buried in the same cemeteries with some famous (oh not just famous, but remarkable) celebrities!

Fernando Poe Jr – The King of Philippine movie and for the many, he was their president during the 2004 election but was never proclaimed.

Dolphy – From one king to another, the King of Comedy in the Philippine television.

Rico Yan – One of the hottest matinee idol during his time. He died young and really famous.

Cory Aquino and Ninoy Aquino – these couple are finally together. The Mrs was the first female president of the Philippines. The Mr was a former senator and was also a governor before. They are very remarkable in related to the controversial marshal law in our country. To mention, they are the parents of Kris Aquino (queen of all media) and of course having the highest position in our country current President Noynoy Aquino.

Statue of devil and angel at Tugatog Cemetery

Who wouldn’t be bothered upon seeing this statue where the devil overpowers the angel? Especially during the Hallowmas where people would visit their deceased love one’s graves, they would always have that creeping when passing by this scene. This has been featured couple of times in Philippine local TV networks such as ABS-CBN and GMA Network mostly during Undas. It is said that before Don Simeon Bernardo died, he instructed his family to have this kind of statue done on his tomb stone. It was originally tiny as 5 inches tall but since some destroyed it, the family had it redone on a life size making it more mysterious and frightening especially during night time. Some have thought that Don Simeon was a satanist but if you would read this blog, you’d learn about his purpose and the message he wanted to impart through the statue. 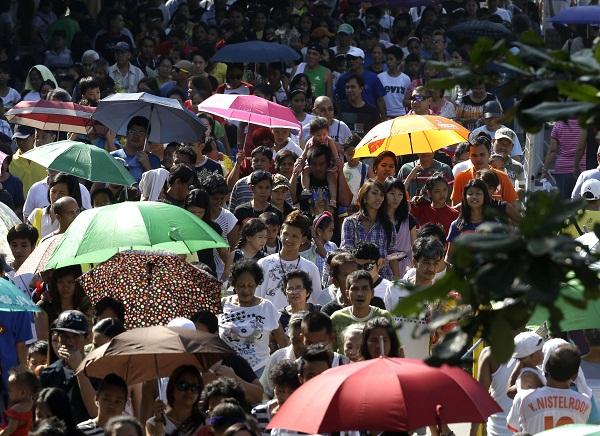 To summarize everything about how Filipinos observe the Hallowmas, definitely we still strongly practice this custom. It’s part of our grandparent’s and parent’s upbringing to us, that we would always remember our deceased love ones. People here wouldn’t mind the heat, the crowd, the strict security and the busy street just to be able to commemorate. It’s a family reunion anyway, making it a more worth spending time together and at our respective hometowns!