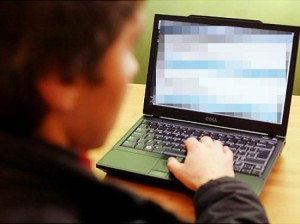 It is a fact that we are now living in a very modern world. The evidence is the boost of technology growth whether at home, school, workplace and business establishments. The specific example of this would be the computers, laptops and cellphones that are internet able. Lately, the use of these items are extreme for it can even serve beyond the basic purpose of typewriter which is to only for typing or file encoding.

These are useful purposes of the computers, laptops and high-tech cellphones:

1. ENCODING: Say goodbye to the manual typewriter. I am never a fan of it because when you’ve done mistakes, you have to re-type it again. Just in case there’s much to edit, then to keep the document clean you have to re-type the entire page! That’s unnecessary for computers because as long as you have it on file, you can edit and save again. No hassle! Aside from the basic function of file encoding, to share the document among the people needing it would be easier. Before, you have to print the file first and give it to them by hand or snail mail if they are living afar. Now you could send the file which is can also be ready for modifications. There’s no doubt it’s a great way to brain storm about something, writing about it and do the file sharing among your teammates.

2. MEDIA SUBSTITUTE. Yup! The information that are usually acquired through the radio, television, magazines and newspapers can now be provided by the computer as long as it is connected to the internet. What’s good about this? It’s unlimited not only for local matters but global news as well.

3. INFORMATION TOOL. Luckily, when connected to the internet the computer, laptop and internet-able cellphones can serve as an online library, encyclopedia, dictionary or just any fact source. You can research and immediately print what is needed. No need for the long browsing of pages but instead just type the keyword on Google or Yahoo search bar and presto!The best results are provided.

4. ENTERTAINMENT. Serves best in terms of entertainment! You can browse millions of local and international videos for free. You can also find free MP3 for download. You could save a lot instead of buying CD’s because there’s lot of generous people who have provided them online. Watch movies online or some sites allow these movies to be downloaded. Even Karaokes for computers are available.

5. GAMING & LEISURE. You can install games of different kinds. From kiddie educational games to adult and even the tougher games usually love by guys. For leisure because if you have hobby like cooking, house design, gardening, sewing or more- well there’s lots of tutorials, tricks and tips for your hobby to become more valuable. Sure you’d love learning more about your interests from the internet.

6. COMMUNICATION GALORE. It’s the cheapest way of communication when you’re connected with the internet. Before, we rely on snail mail that takes months to reach the recipient. Then there comes the cellphone but is very expensive especially the international rates. Now, whether it’s on email, chat tools, social networking sites especially Facebook and even for mobile that has free applications for chat and voice call. Not only that because when connected to the internet, there’s lots of chat tools that also offers video calling services like Skype, Oovoo, Camfrog, Yahoo Messenger and more. Isn’t it being close to your family and friends even when you’re away? Those who are working overseas love this kind of internet services.

7. BUSINESS. Though some already use computers for part time money making, some people are actually working online. Yup, they make a way of living by doing their business engagements online. Technology can be very profitable too. 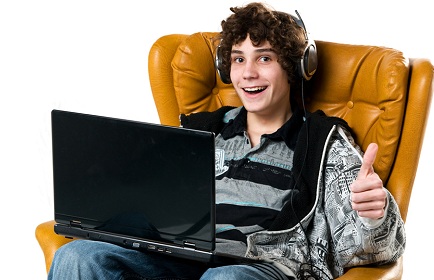 For every good thing, there’ll be corresponding flaws.

Somehow with this boost technology, there is indeed few things to mention.I am not sure if I have missed something but I’m sure I’ve mentioned the most. All of the purposes mentioned above are very beneficial to everyone in the family, but let me share about the reasons that may be harmful to kids. It’s good for them to access information online but remember there’s UNLIMITED information online causing risk to the safety on the internet. Some may not suit them at their young age yet. Not only to the kids, but also concerns the teenagers which is the peak of a person’s exploration period. If you have minors at home, please take some time to read and maybe you would agree with me or even add more. This information will help us for the internet safety facts of kids and teens. 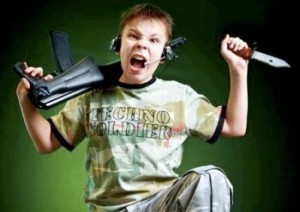 Influence of Violent Games
Kids can easily adopt and be influenced. So if they stay very long in front of the computer and play violent games, there’s tendency of living in that role even when not in front of the computer anymore. They act their computer game character at home, at the neighborhood or at school. If you guys could remember the Connecticut killing incident where 26 people were killed by a 20 years old guy. The 20 were kids and the 6 were adults or actually teachers of the school. The friends of the killer said that the guy was much addicted to Call of Duty and other role playing video games. Most of these are shooting games so he would even act that way on school, pretending to be a military. Internet safety games is a must! 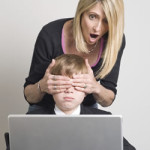 Unintentional Access to Pornography
Even if these kids have no intention of visiting one site, but sometimes the advertisements are all over a page. We can’t be sure that a site is friendly that doesn’t have links of pornographic adult sites. 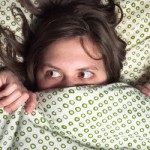 Cyber-stalking or Cyber Bullying
When using social networks, elders can’t be sure that the kids are connected only with the people they know personally. Some are just random adds and friend requests. Some would treat them nice and some would sometimes be rude, making fun of them. Also, to mention the unlimited of sharing where they can see nasty words on conversations. Also the pictures shared by other people that may be inappropriate for them to see. Dealing with strangers that sometimes teach them to do things they must not do like what happened to Amanda Todd. She suffered cyber bullying after being forced to do something in front of the camera which she regret much later. Because of the rude comments and humiliation, she was not able to hang on and committed suicide at her young age. Once the photo is sent online, it becomes a public property that no matter how hard someone tries to retrieve it, it would be very impossible.

Visiting Sites with Virus
This is something that happens even to adults, children are mostly those who would just click any links that may install computer virus. They won’t might reading or checking if the site would cause harm to the computer. Some of these harmful links may bugged down your computer and some would just get email/log in details for whatever purpose it may serve them. 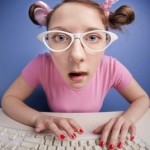 When the eyes are too stress or too exposed with the computer radiation, what would we expect? Of course the tendency of eye damage at young age is possible, as well as wearing eye glasses soon. 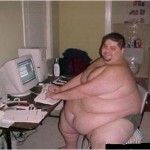 Delay of more important things & Laziness – caused DEATH to some.
Being in front of the computer especially when the kid is alone at home, meal time is delayed or disregarded. To those who have their own units in their OWN rooms, they disregard rest & sleep because they choose to stay awake till dawn just to satisfy their gaming or surfing needs. They consume their time not doing other physical activities so the tendency, the kid becomes less active or lazy to go school or mingle with real people.
If you could recall the 2 incidents at Taiwan about 2 guys on different computer shops & different incident dates.

1. Rented the private room last July 2012 and played 40 hours straight without eating, sleeping and resting. He collapsed due to an inactive position resulting to cardiovascular problems.

2. The other one, it happened February 2012 and played 23 hours solid. He died due to cardiac arrest and he was still even facing the monitor with his hand stretched on the keyboard.

We may not know how computer would influence the young ones. We wanted it for good purposes but we are unaware of the harm it can cause unless it actually happens. Here are some internet safety tips or internet safety rules that parents could imposed at home. 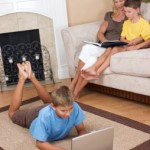 Make sure the computer is located in a common area (public)
To monitor the sites your children are browsing. The chances of being on inappropriate sites and activities would be minimal. If your child owns a laptop, don’t allow them to use it in their bedroom. Don’t allow them to keep the unit in their room during bedtime. Be authoritative in saying you should keep the unit and most importantly, make sure to see the computer has been shut down before parents go to bed.

This is to minimize the tendency of game addiction, as well as interaction with strangers on social networking sites. 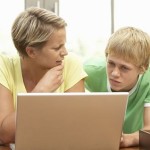 Be familiar with your own computer.

Know if your unit has anti-virus, blocking pop-ups and know how to check on history details and other restrictions. I know some browsers have safety options for kids.

Encourage them to play intellectual board games and physical activities with friends or neighbors.
Encourage them to deal with real people. Let them be well acquainted with kids at their age so they will be interested in meeting them on regular basis. This would help them do things together and keeping them active. 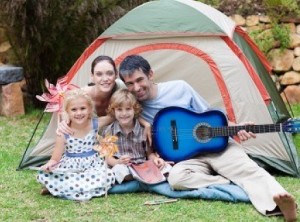 Go out on pick nicks, camping tours and encourage them to enjoy other things whether sports, music or arts. Instead of staying in front of the computer alone, it’s better to let them have other worthwhile hobbies to improve their personality and way of expression. This way, you are constantly communicating with them. So whatever issues that confuses the children, they’d be comfortable to share with you dear parents.

No doubt, the parents would only want the best for their kids.

So if having a computer at home is to provide the beneficial uses of the unit, there’s nothing wrong with that.

Just keep in mind to consider the harmful things. Always consider the internet safety for children and teens. Cheers everyone!